On May 26th, National Sorry Day the Fremantle Football Club joined forces with the Kimberley Stolen Generation Aboriginal Corporation and members during the Indigenous round played at the Optus Stadium. Player Michael Walters scored the winning point. Final Score 73-72

The photos include the KSGAC staff and members who were looked after with a special opportunity to meet executive staff, Coach Ross Lyons, and several players including Michael Walters.

The new Optus stadium was lit up especially to commemorate and recognize the significance of National Sorry Day.

KSGAC Chairperson Dr Mr Bin Bakar said the significance to the group attending the event was considerable. “Today is special day for all Stolen Generation people and the special bond we have with the Dockers Football Club in their memory of those traumatic laws, policies and Acts created by Government that had a profound impact on Aboriginal people in Western Australia and Australia.”

Dr Bin Bakar said The Dockers Football Club and the KSGAC staff have worked really hard to make this an honourable journey and passed on the following message, “We respect and honour you as representatives of all Kimberley Stolen Generation people, those of you who are 1ST, 2nd, 3rd or consecutive descendants, we thank you for participating and honouring your elders.

The KSGAC sincerely thanks the Fremantle Football club, staff and players for the hospitality and opportunity to watch the match on a very special day. 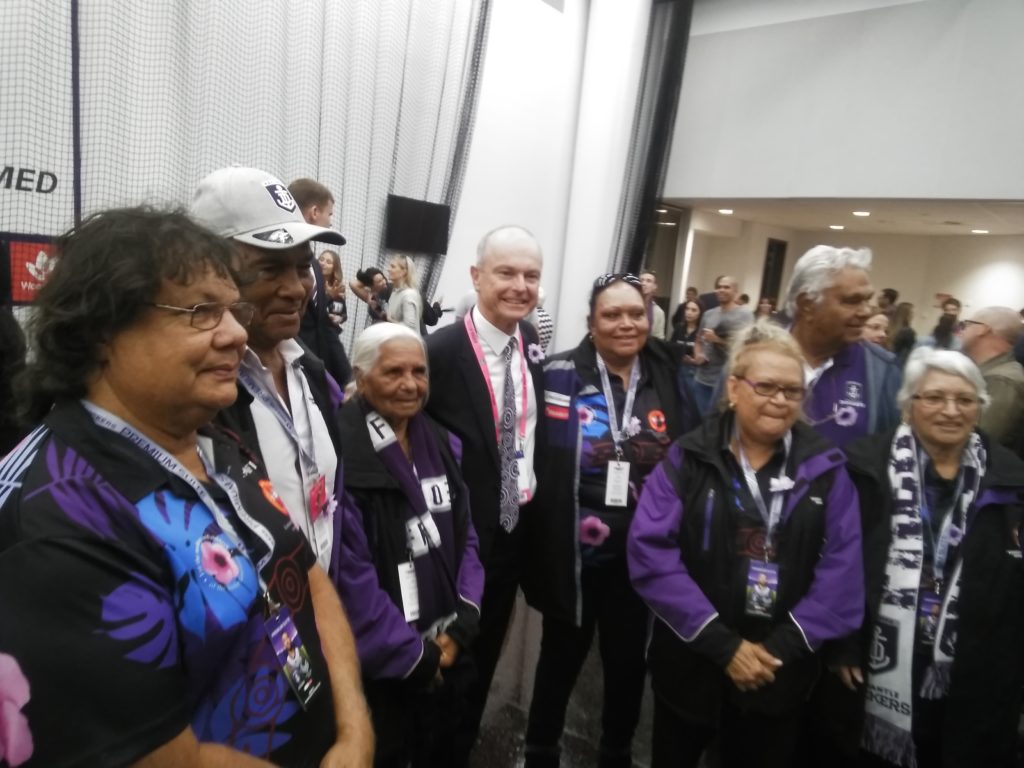 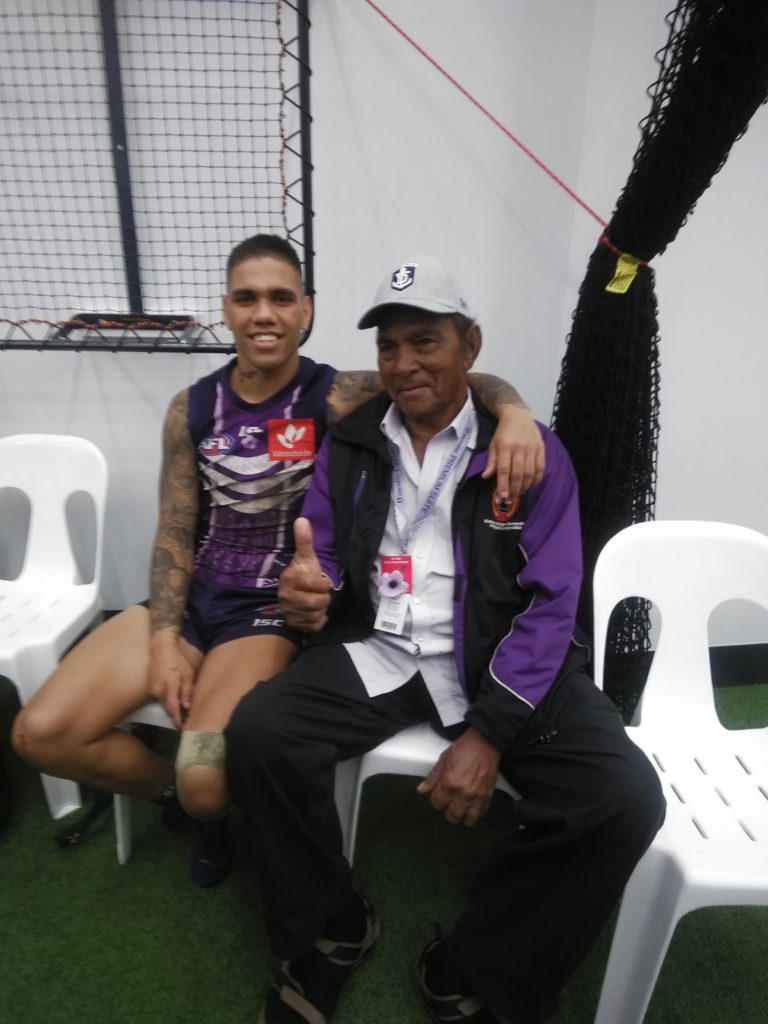 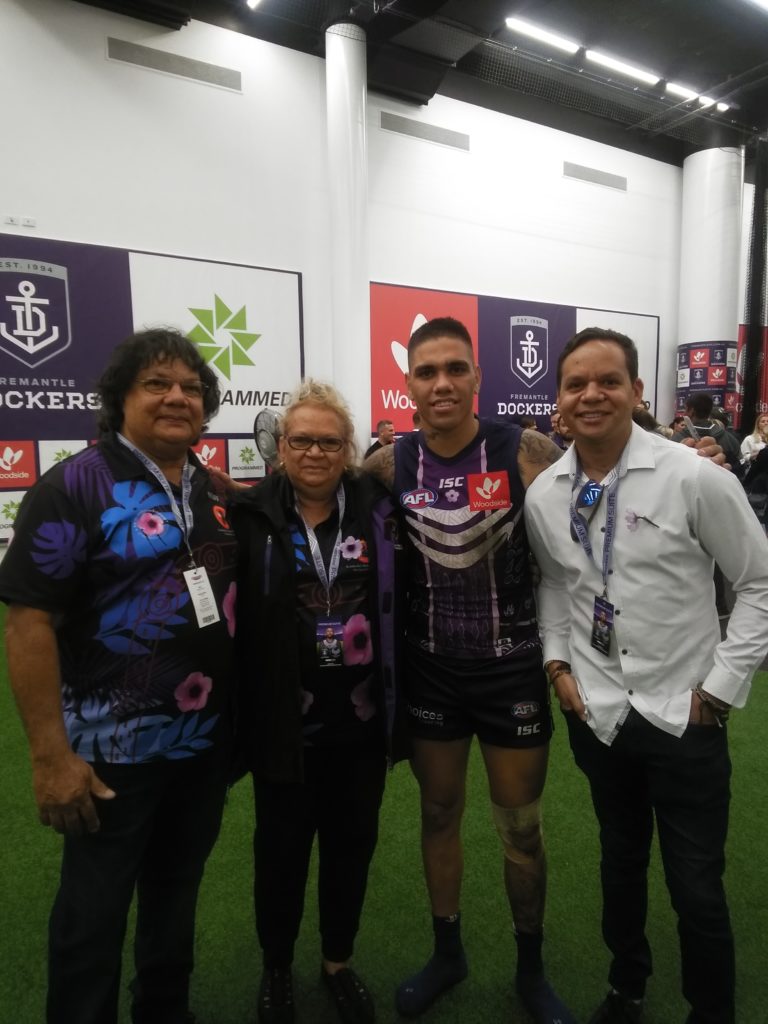 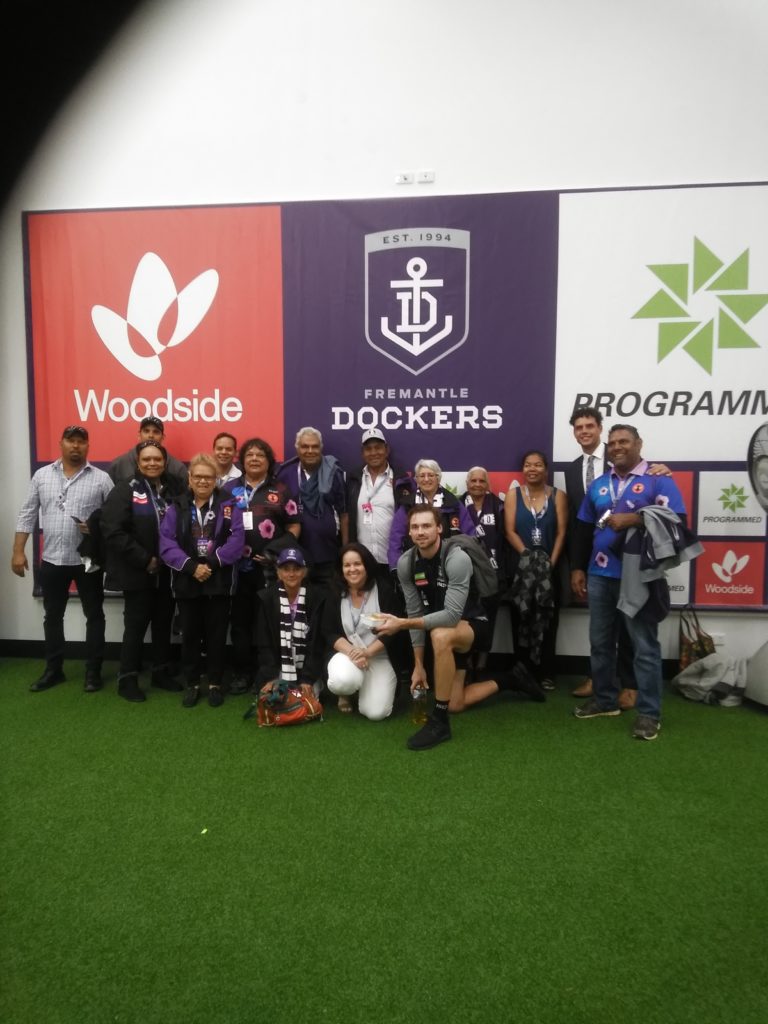 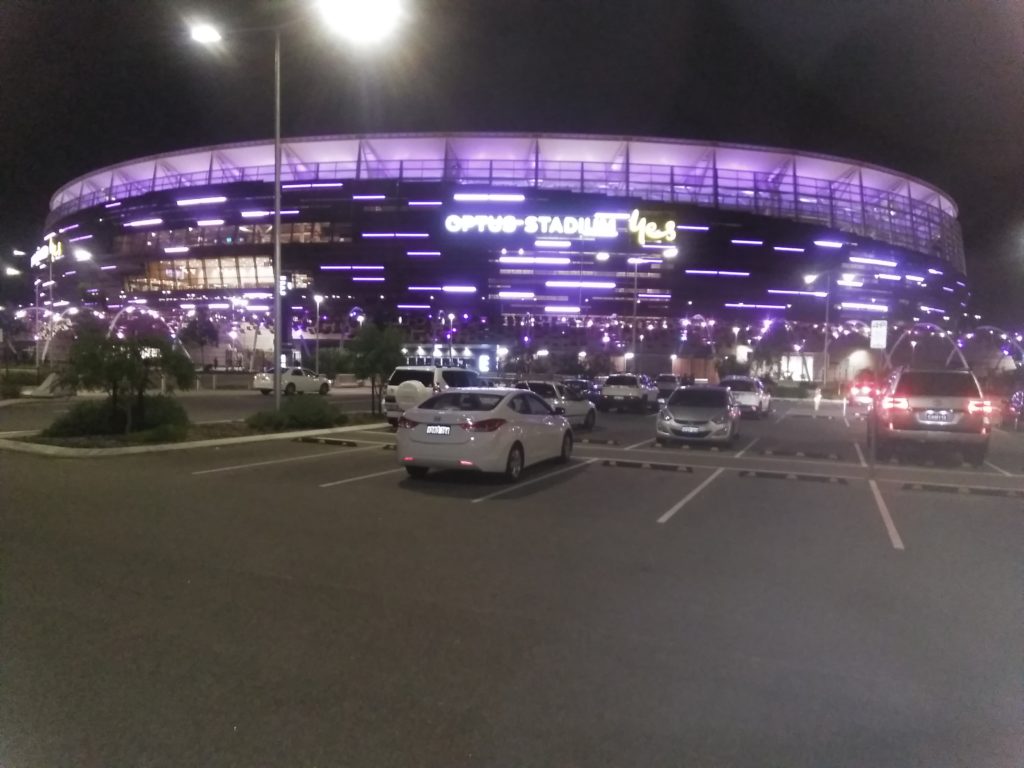 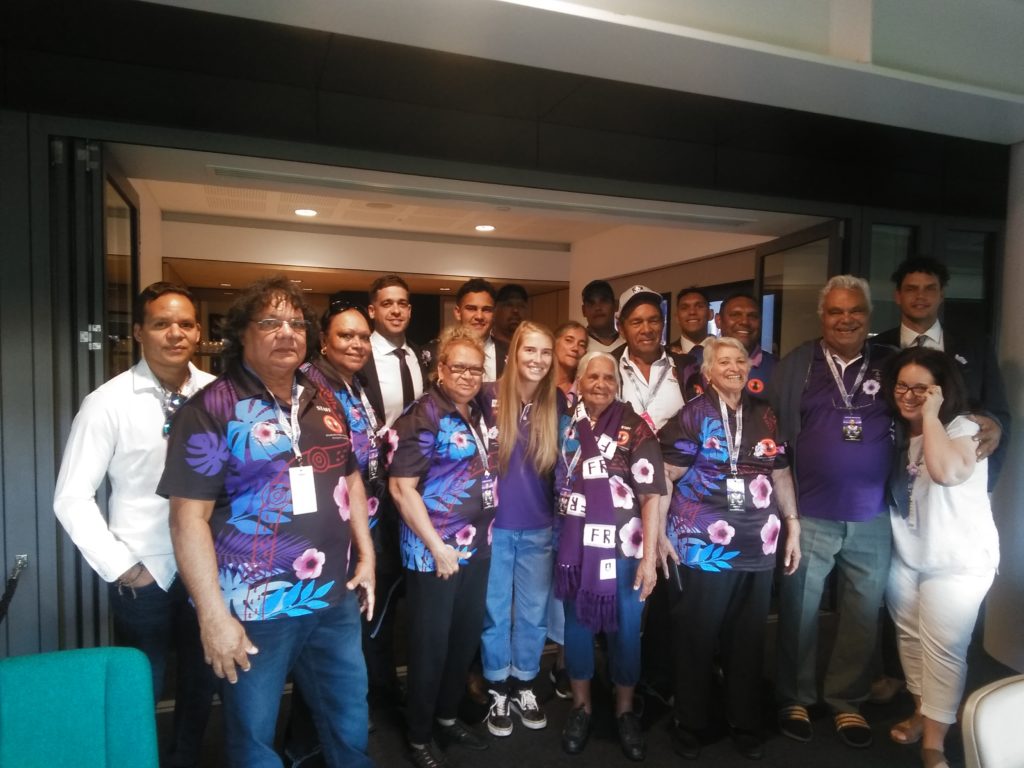 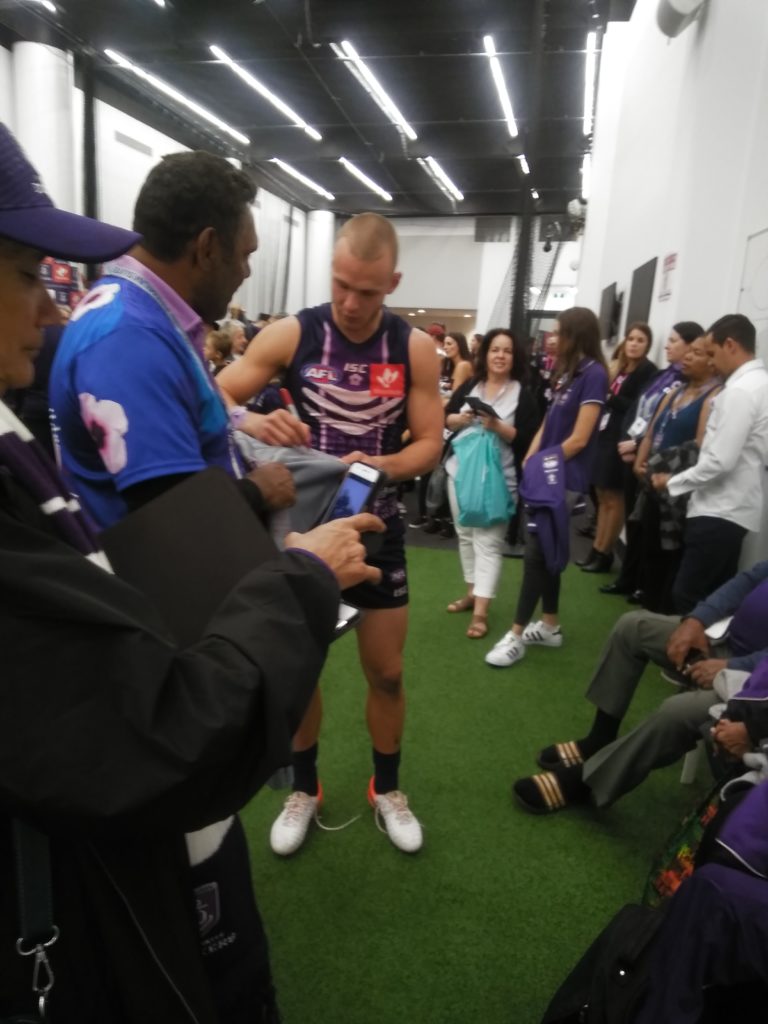