Living in Hope, a memoir by Stolen Generations survivor, the late Frank Byrne, with Frances Coughlan and Gerard Waterford, has won the 2018 Most Underrated Book Award, offered by the Small Press Network. 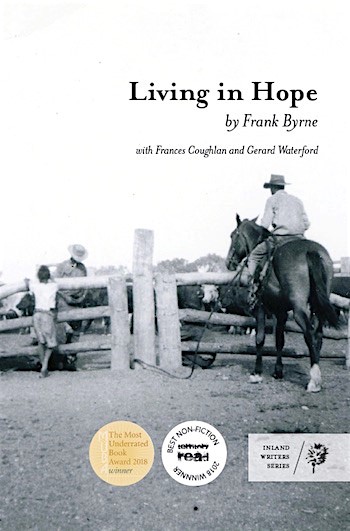 The announcement was made tonight as the SPN Independent Publishing Conference opened in Melbourne.The award was accepted on his father’s behalf by Trevor Byrne.

“It is very important for people to learn what happened back in them days, the way the government system was authorised to take kids away from their parents. People need to learn from that history. The MUBA win gets our dad’s story out there and people need to understand his story doesn’t just re ect what happened to Aboriginal people here, but what has happened to Indigenous Peoples across the world,” said Mr Byrne.

The MUBA is in its seventh year. Frank Byrne is the first Indigenous Australian author to win the award and Living in Hope is the first memoir to win.

The win follows the award of ‘Best Non-Fiction’ title for Living in Hope at the 2018 Territory Read Award.

Frank Byrne was born in 1937 at Christmas Creek (Fitzroy Crossing) to a Gooniyandi woman and an Irish stockman. In 1942, he was taken from his mother and sent to Moola Bulla native station; two years later he was moved on to Beagle Bay mission, before returning to Christmas Creek in 1951 to become a stockman. In 2000, Frank began formal enquiries into where his mother’s remains were laid to rest and in 2015 worked with Gerard Waterford and Frances Coughlan on Living in Hope, with the early chapters drafted during a trip through the Kimberley region. Frank was diagnosed with cancer shortly after returning from the Kimberley region and, as his book neared completion, Frank’s life was also drawing to an end. He died on 20 October 2017. 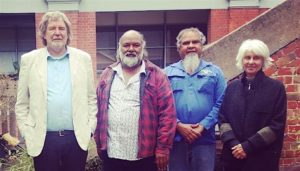 Above: Co-authors Gerard Waterford and Frances Coughlan with sons of the late Frank Byrne, Trevor Byrne (second from left) and Frank Kenny, in Melbourne today ahead of the award ceremony. Photo courtesy Ptilotus Press. 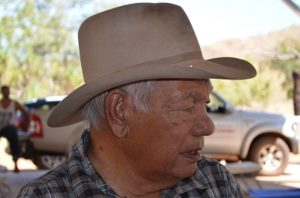 You may need to create an account to view. It is difficult to describe in words the impact this film has on the viewer. It educates Australians on the journey of a Stolen Generation man who was kind enough to allow his story to be filmed as he searched for his deceased mother in order to lay her spirit to rest in her traditional country of Fitzroy Crossing. The documentary follows through on complexities of finding family and place and the research it takes to do.

KSGAC highly recommends this documentary as a primary resource to help promote understanding of Stolen Generation people, Australia’s history of forced removal of Indigenous children and the ongoing struggles of individual’s and communities who are still trying to locate family today.

We are grateful to have known Frank Byrne and humbled by his courage.