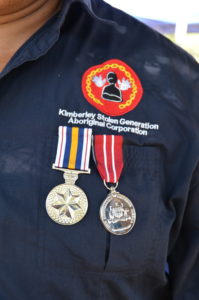 Two military service medals had been awarded retrospectively, after these men had completed their military service in NORFORCE.  This meant that they had to apply on-line, which was an inappropriate, confronting process for these men who in remote communities with limited digital access or capacity.  Due to the Army’s reduced presence in remote Kimberley communities, these men were unable to gain any assistance.

These men requested the assistance of a previous long-term officer of NORFORCE in the Kimberley, and eventual commander of Kimberley Squadron, Major Mac Jensen RFD JP (retired).  Over a couple of years, Mr Jensen got everything moving and collected the evidence required to meet the medal criteria, with the assistance of Mr Greg Tait, vice-Chair of KSGAC.  They were unable to get any support from other agencies and had to complete everything themselves, on behalf of the ex-servicemen.

Eventually, they required the support of a larger advocacy group to process the claims to completion.  KSGAC then joined the project in a more formal capacity, which enabled the process to be completed within a few months, late in 2018.  The support of KSGAC was instrumental in the medals being awarded.  In fact, these medals were sent to KSGAC for presentation to the recipients.

On being made aware of the difficulties confronting remote Kimberley Aboriginal ex-servicemen, Defence Honours and Awards worked very closely with KSGAC to see the process through.  It was to their great credit that they took this advice from KSGAC, and the two organisations subsequently worked very effectively together, in the true spirit of reconciliation, to achieve the outcomes desired.  13 Kimberley Aboriginal ex-servicemen were awarded 21 military service medals, for their long and valued service in NORFORCE.  These medals were the Australian Operational Service Medal – Border Protection (AOSM-BP), gazetted in 2012, and the Australian Defence Medal (ADM), gazetted in 2006. 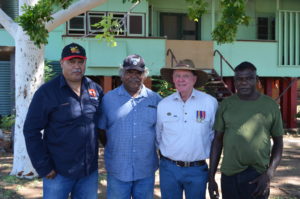 Special guest at the ceremonies, at the invitation of recipients, was Mr Keith Payne VC AM, one of Australia’s most famous and respected soldiers, a true hero.  Mr Payne had regularly visited Kimberley Squadron, NORFORCE, during Major Mac Jensen’s command and had met all of the recipients during their service.   It was an emotional reunion for Mr Payne and the recipients at such an important occasion. My Payne features in most of the ceremony photos with recipients.

Unfortunately, two of the recipients had passed away, one only last year, so their medals were awarded to immediate family members.

KSGAC Chairperson DR Mark Bin Bakar said the process resulting in the recognition of the Kimberley Aboriginal ex-servicemen has taken some years and that Defence Honours and Awards had worked closely with KSGAC to see the project through to completion, in the true spirit of Reconciliation. “These East Kimberley Aboriginal ex-servicemen, including our Vice Chairperson Mr Greg Tait, have trained and been involved in important Army operational patrols beside non-Aboriginal Australian soldiers with the common goal of protecting our nation, and threats to our way of life.”

“All of these men were recruited and trained by retired Major Mac Jensen and he has really helped to ensure this significant outcome for Kimberley Aboriginal people. Mac’s long association with, and support for, KSGAC ensured KSGAC could quickly resolve the issues on behalf of these Aboriginal ex-servicemen.  In fact, Major Jensen had worked closely with KSGAC during his military service taking guidance and advice from the organisation to assist him to recruit Aboriginal men and women into NORFORCE during his command.

“The medals process has broken new ground and KSGAC has established the vital role of Aboriginal advocacy groups in assisting Indigenous ex-service men and women to secure medal they have earned during their military service, but were gazetted after they left the military, and finally the common bond that binds us all, is the true and fitting desire for proper Reconciliation actions, and this project fulfils our objectives to the Tee.” 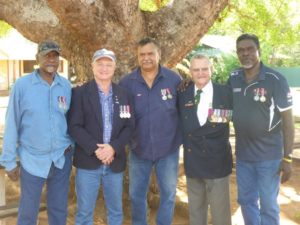 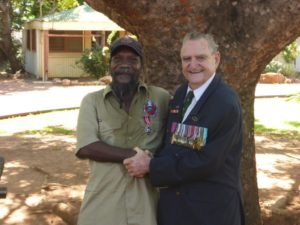 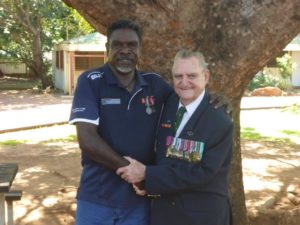 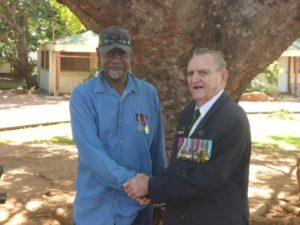 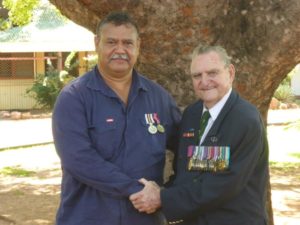 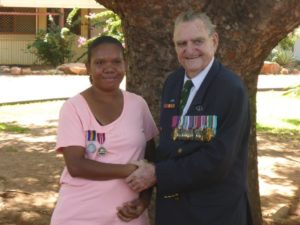 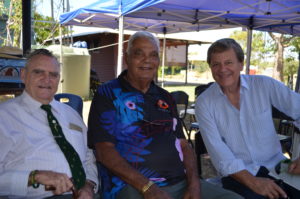 Trevor Tough was long-serving officer in NORFORCE and came up from Perth to support the recipients.  He has recently written a book on the history of Kimberley Squadron 1981-2001. 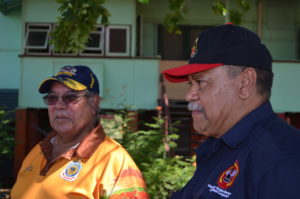 8. Keith Payne VC AM. KSGAC Board Member John Ross and TV Logie Award winning Journalist and former Council for Aboriginal Reconciliation Member Ray Martin. Ray Martin is currently in the Kimberley filming a documentary and his trip coincided with the Medal Award Ceremony.