A visit to the KSGAC was high on the list for the Fremantle Football Club during the recent Kimberley camp. Stolen Generation members were delighted to meet a number of new players over morning tea where signed memorabilia was gifted.

KSGAC CEO Tania Bin Bakar welcomed the Dockers new recruits and talked about the KSGAC’S role to assist Stolen Generation through the Link-Up Service, Redress and other key projects.

KSGAC’s ongoing ties with the Dockers were discussed and players were delighted to see a permanent display of Dockers Indigenous round guernseys hung in the office. Each has the Stolen Generation flower taking pride of place on the front, showing support to members of the stolen generation.

The Dockers Kimberley camp involved visiting more 30 schools to encourage youth to get into Australian Rules and consider pathways to the professional league. 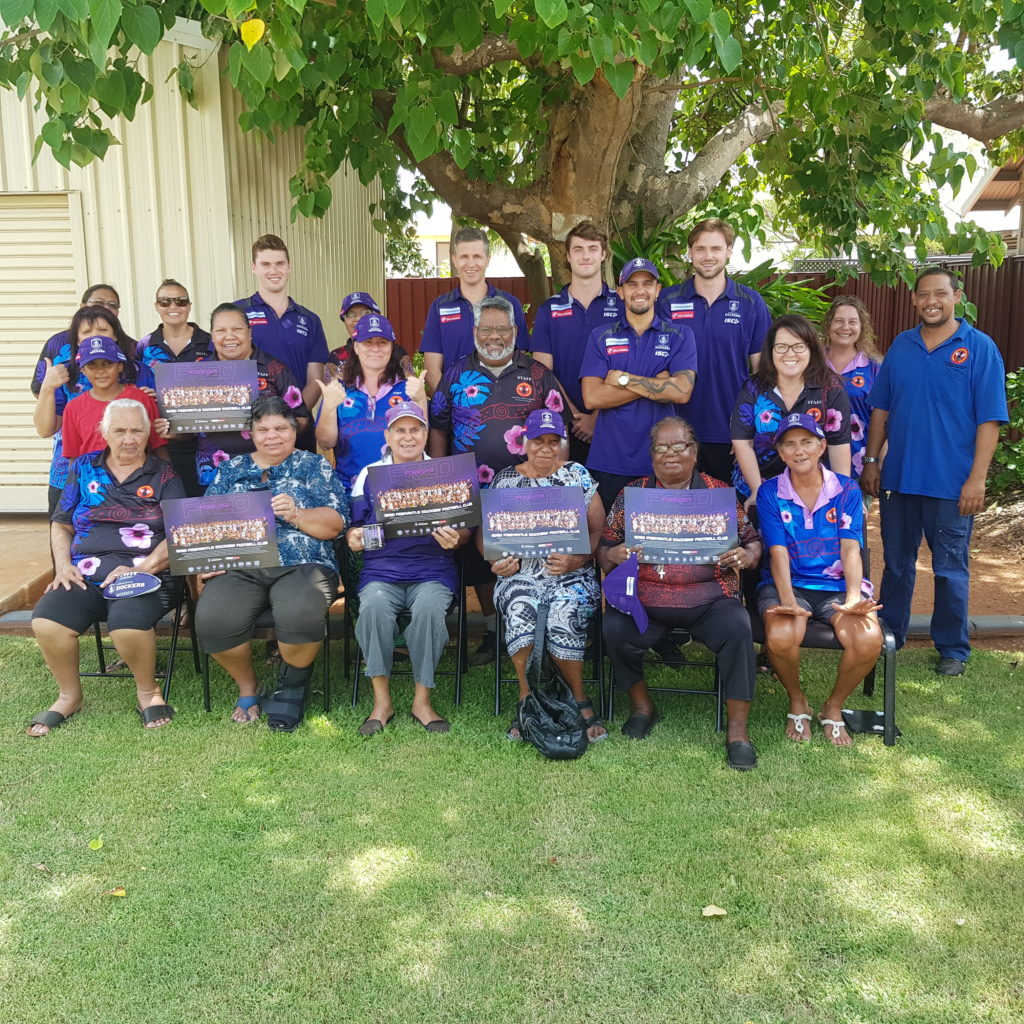