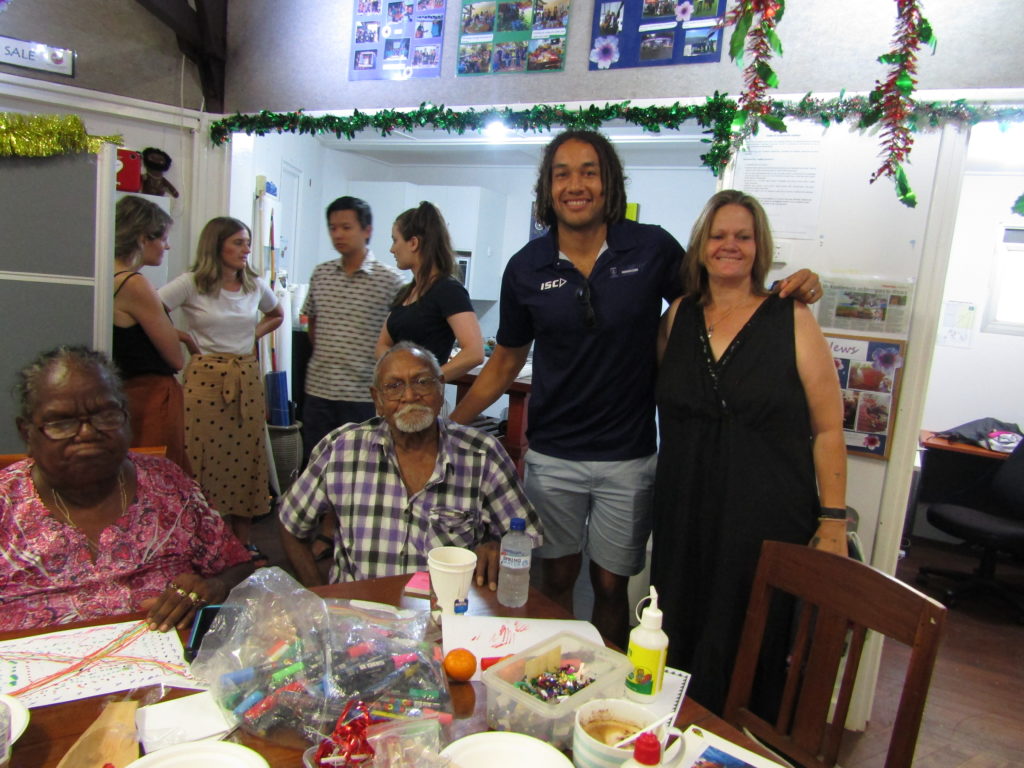 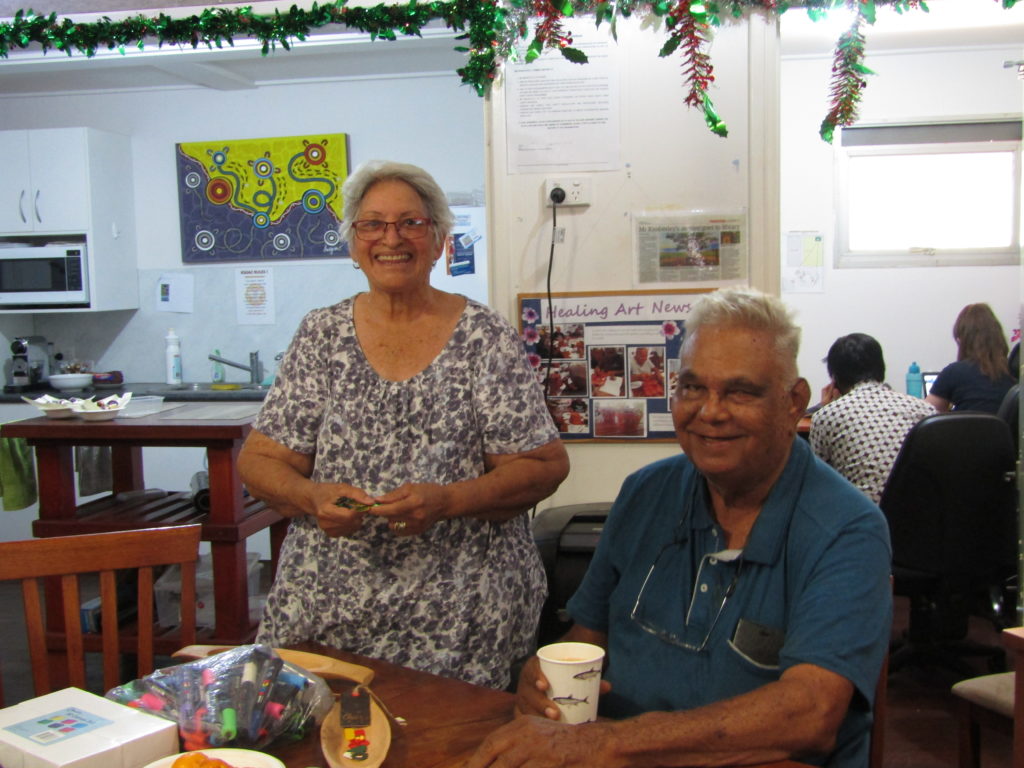 A surprise visit to the KSGAC Healing Art Group brought on many smiles as three Fremantle Dockers Football Club staff came in for a visit.

The Fremantle Dockers staff had attended a 2 day Fitzroy Football Forum, which included members of the AFL, Western Australian Football Commission, all of the Kimberley Leagues and the Claremont Football Club.

Fremantle Football Clubs’ Chief Commercial Officer Scott Gooch explained. “We were up here attending the Fitzroy Football Forum. We try and collaborate and develop better outcomes in the Kimberley region by working together with all of the AFL groups. We look at Football as a vehicle to create positive futures for people. We want to encourage greater participation in juniors, female, male football programs and competitions.”Before boarding a plane to return to Perth Scott Gooch said the chance to come into the KSGAC was too good to miss. “It is great to come and meet everyone.” 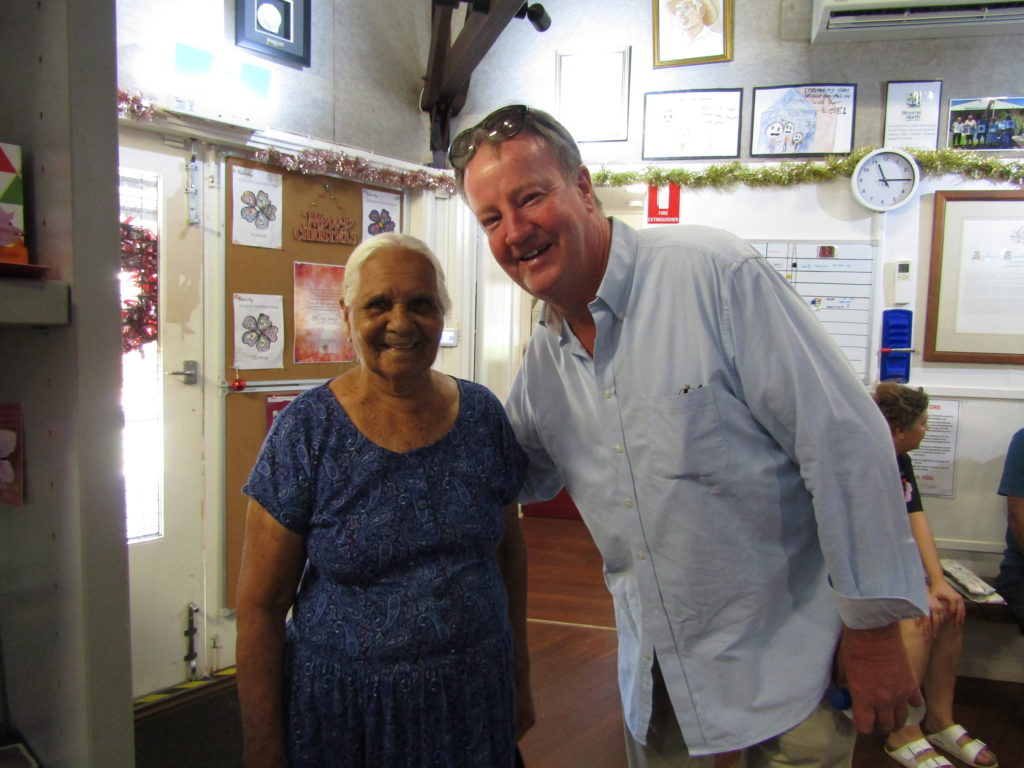 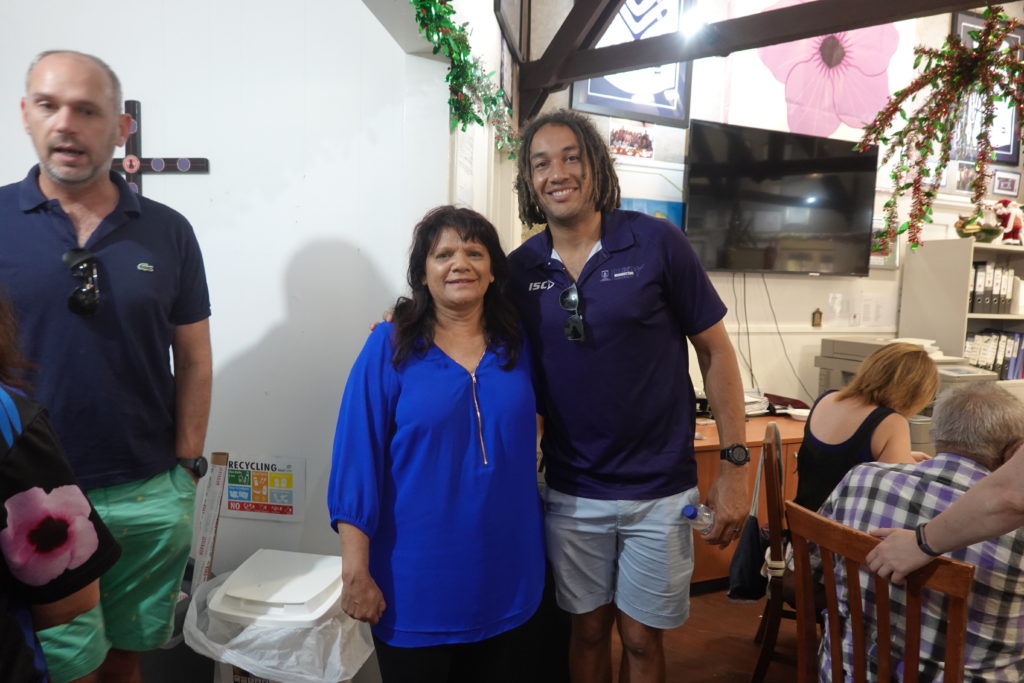 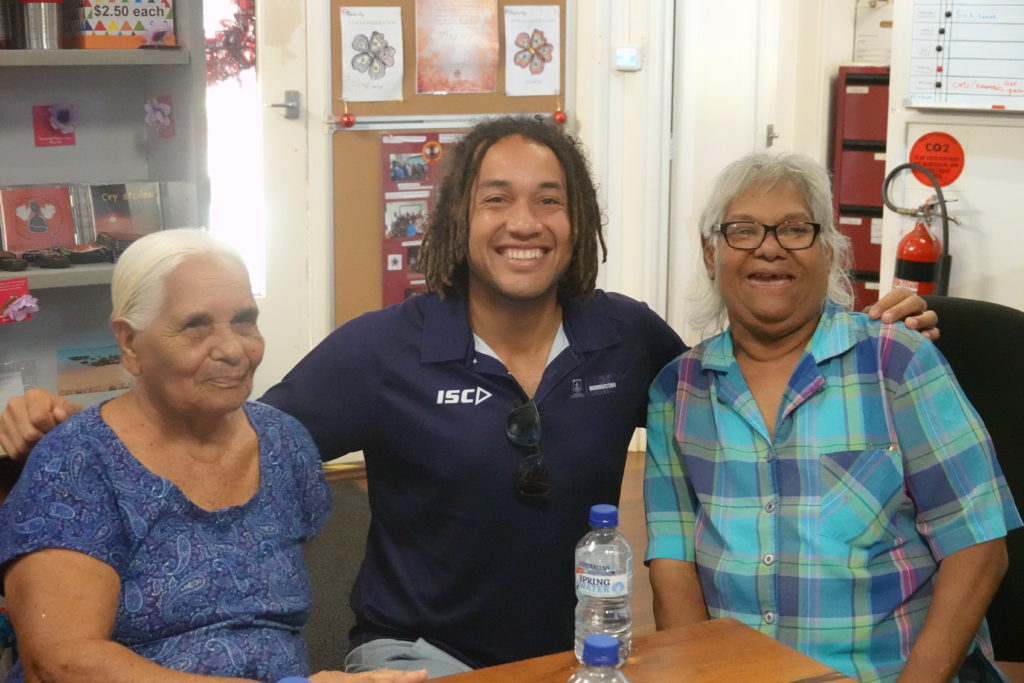 KSGAC Board members John and Mary Ross were united in their praise for the Dockers staff. “It was great for them to come into the KSGAC. We go to their games and they support us. The Dockers staff were really good to talk to and we listened to what they are doing up here. We took lots of photos which make good memories. It’s good for our Stolen Generation elders that the Dockers think of us and take the time to be with us.”

The Fremantle Football Club continues to support KSGAC  with the adoption of the Stolen Generation flower on the Dockers Indigenous Round Guernsey and through a number of other ways.